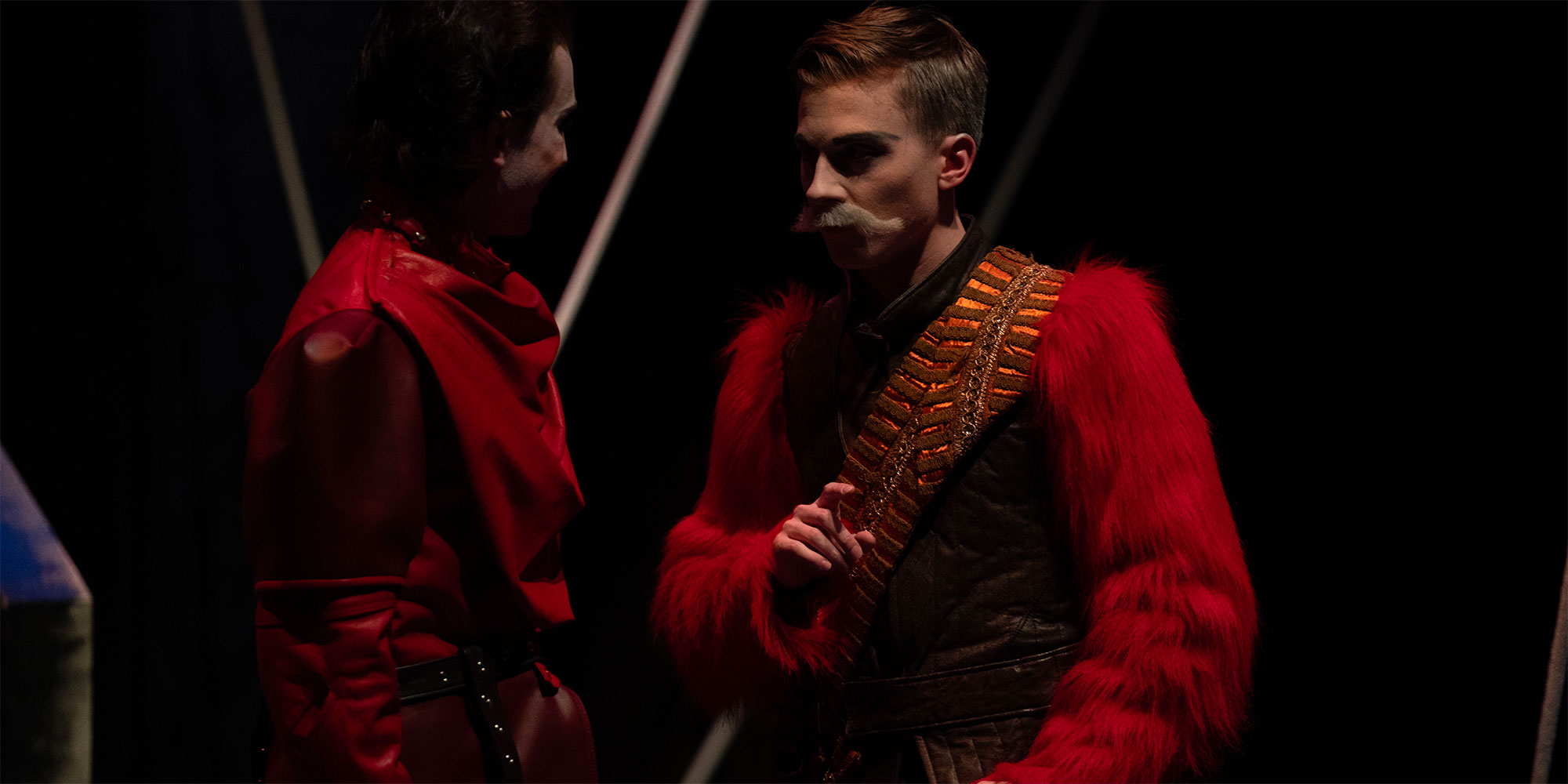 Discover upcoming theatre and film productions and performances. All shows are produced, performed, and directed by talented students in our programs.

UBC Campus Wide Safety Plans
At UBC Theatre and Film, our students' and patrons' health and safety is our top priority, and we are taking guidance from the University of British Columbia and the PHO.

UBC Theatre is back and better than ever! We are excited for you to join us for our 2021/22 season.

Unable to gain financial independence in the 1920s, a young woman is drawn into a loveless marriage with her boss. Machinal explores the societal expectations and restrictions put on women. Driven by a desperation for freedom, our protagonist kills her husband. Yet the play refuses to point fingers. Who is to blame? You decide.

Students from UBC Theatre and Film Acting and Film Production come together to create something especially audacious: a new feature film developed collectively from scratch and stripped of all cinematic artifice inspired by Lars von Trier’s Dogme 95 Manifesto.

Oil outlines the depletion of a natural resource over the course of three centuries. The mother-daughter duo, May and Amy, travel through time from 1889 to 2051. As they hop between Tehran, London, and Baghdad, they witness the human cost of the oil industry. This cli-fi play critiques the exploitation of oil through an anti-colonial feminist lens.

A political tragedy written in the last few years of Shakespeare’s life, Coriolanus explores the tension between military force and popular rule. It follows the downfall of the decorated soldier, Coriolanus, who is exiled from Rome due to his disdain of the common people. Enraged, he forms an army and declares war against the very people he swore to protect.