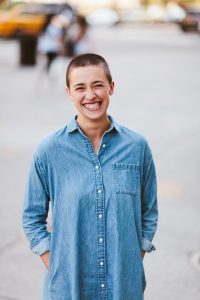 DR. OLIVIA MICHIKO GAGNON, BA Hons (U. Toronto), MA (NYU), PhD (NYU), specializes in performance studies, with research and teaching interests in minoritarian performance, cultural production, and multimedia aesthetic practice; critical race and ethnic studies; feminist and queer theory; critical Indigenous studies; archival theory; and performative writing. She is currently working on her first monograph, which brings together a transnational cohort of feminist, Indigenous, and of color artists in order to theorize closeness as a feminist and decolonial method of doing history beyond the archive and through art and performance. Her writing has appeared in ASAP/Journal, Canadian Theatre Review, emisférica, Syndicate, and Women & Performance: a journal of feminist theory, where she was Managing Editor from 2017 – 2019 and is co-editor (with James McMaster) of a special issue titled The Between: Couple Forms, Performing Together. She has also written for the Vancouver Art Gallery (with Monika Kin Gagnon) and was formerly Managing Editor of HemiPress at the Hemispheric Institute of Performance and Politics in New York City. She received her PhD and MA from the Department of Performance Studies at New York University, was formerly a postdoctoral fellow at the Center for the Humanities at Tufts University, and has taught at NYU, Tufts, and Harvard University. 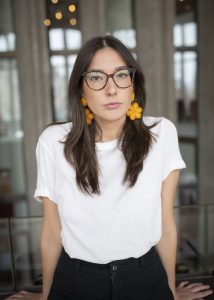 DR. LINDSAY LACHANCE is from an Algonquin Anishinaabe family and is an Assistant Professor in the Department of Theatre and Film at UBC. Lindsay has played a leading role in the creating and direction of the Indigenous Theatre department at the National Arts Centre as the first Artistic Associate. She earned a PhD in Theatre from the University of British Columbia and, in January 2018, successfully defended her dissertation titled “The Embodied Politics of Relational Indigenous Dramaturgies.” Lindsay’s academic work exists at the intersections of Indigenous Theatre and Critical Indigenous Studies, where she celebrates and supports Indigenous theatre theory and dramaturgical structures.

Lindsay works as a dramaturg, supporting new play development, through a practice that centers the knowledges and skills of her collaborators. Some ongoing and recent dramaturgical projects include Émilie Monnet’s Marguerite, Yolanda Bonnell’s My Sister’s Rage, Frances Koncan’s Women of the Fur Trade, Quelemia Sparraw’s Skyborn, and Kim Senlkip Harvey’s Kamloopa. Harvey and Lachance were the recipients of the 2019 Jessie Richardson Theatre Award in the Significant Artistic Achievement category, winning the Award for Outstanding Decolonization of Theatre Spaces and Practices.

Currently, Lindsay is the Director of Native Earth Performing Arts’ Animikiig Creators Unit, a two-year development program for emerging Indigenous creators. She also holds ongoing partnerships with the Banff Centre for Arts and Creativity where she has been a Guest Faculty with Indigenous Arts twice.

As a co-applicant with University of Alberta’s Dr. Selena Couture, Lindsay received a SSHRC Insight Development Grant called “Decolonizing Performative Re-enactments of History”. This project is ongoing.  She was also awarded a 2018 SSHRC Indigenous Research Capacity and Reconciliation Grant as a co-application with Indigenous Performing Arts Alliance and Electric Company Theatre. This research focused on creating tools and tips for Indigenous and non-Indigenous theatrical collaborations. In 2014, Lindsay was recognized as a Bombardier scholar and received annual SSHRC funding for her doctoral research.

Lindsay has been working with youth for over 15 years at summer camps, community centres, The Native Youth Program at the UBC Museum of Anthropology and the Indigenous Youth Residency Program at the Art Gallery of Ontario.  She has participated at conferences and events hosted by The National Arts Centre, The PuSh Festival, Indigenous Performing Arts Alliance, the Audain Gallery at SFU, Carleton University, The Literary Managers and Dramaturgs of the Americas Association and the International Society for Performing Arts.

Lindsay is a granddaughter, a daughter, a niece, a cousin, a sister, an auntie, a partner and a mother. She honours the gifts and teachings that Indigenous women before her have offered and is motivated to honour and support the next generation of leaders.

“A Journey Through Indigenous Dramaturgies and Spiritual Times in Joseph A. Dandurand’s Please Do Not Touch the Indians”. Past Lives: Performing Canada’s Histories. Ed. Heather Davis-Fisch, Toronto: Playwrights Canada Press, 2017